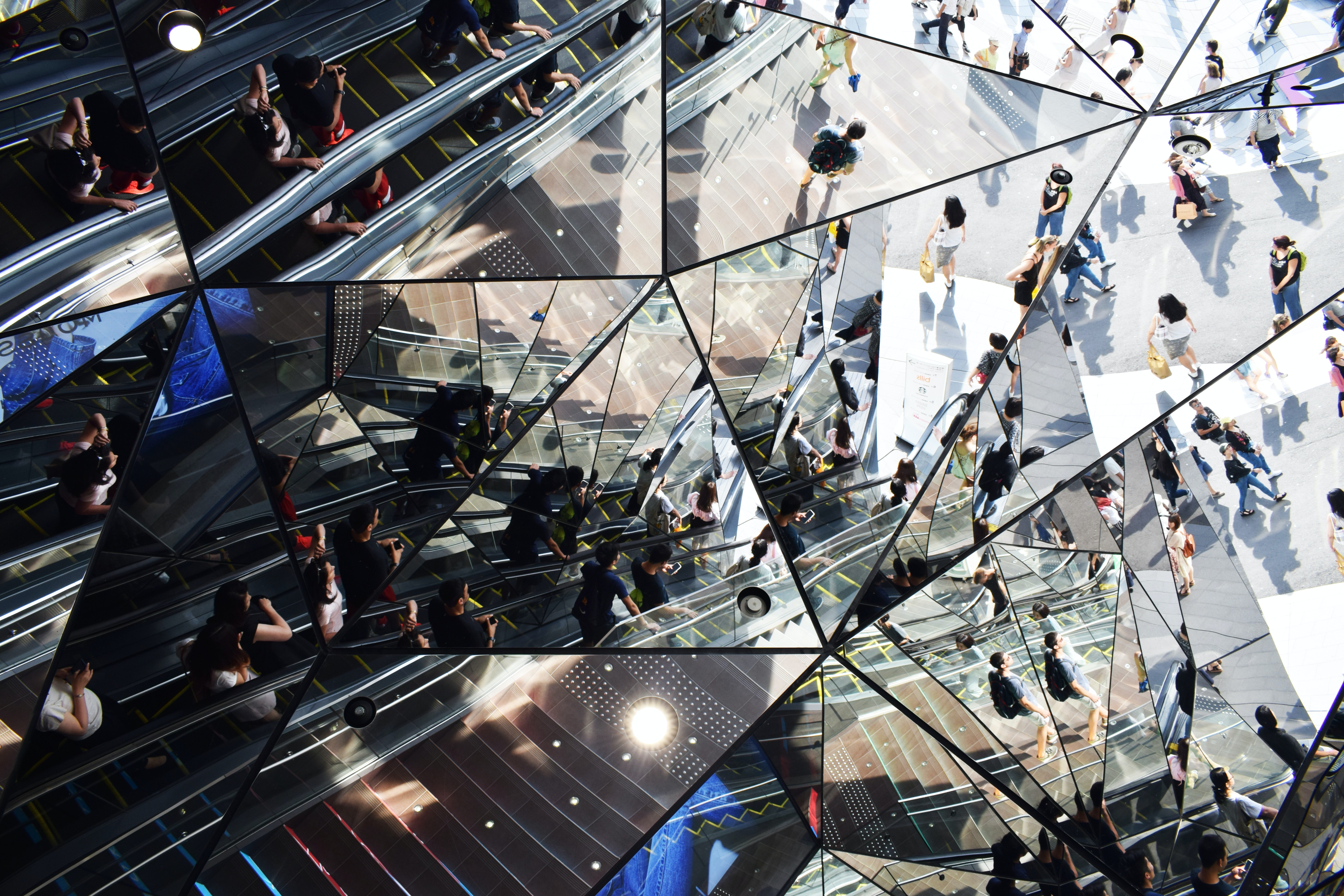 A year ago, I wrote our first Request for Startups and focused on these five major themes:

That was an interesting time to write a request for startups because things could go any number of ways. Even though it was only a year ago, the world was different then. We had lived with COVID for over a year, but the world was slowly opening up and it wasn't obvious what the world would be like once it did.

As a way to learn, I like to revisit these type of things to see what I got right or wrong — and why. For each, the arrows indicate whether I’m more bullish, less bullish or about the same for each.

↓ Allow Anyone to Sell Anything

"Anyone should be able to sell anything they want, online. Shopify and Stripe enabled anyone to create a store on the internet and take payments but that’s just the beginning. During COVID, we saw a bunch of side hustles and micro-businesses built on Instagram and take orders through WhatsApp."

Why I’m More Bearish Now. During COVID, many people started side businesses. Either because their existing job was negatively impacted by COVID or they simply had more free time because of lockdowns. Couple that with a sharp increase in online consumer spending (also due to being stuck at home) and it was a golden age for online small business entrepreneurship. I bought pasta sauce, brownies and more by direct messaging people on Instagram. It was fun!

I’d always thought more people should and wanted to start these kinds of businesses, but didn’t, because the inertia was too great. But once they did, they would find out it (1) wasn’t that hard and (2) was a fun way to make extra income.

That doesn’t seem to be the case. Although many of these businesses got started, most of them went away as soon as the world opened up again. My hunch is people (1) went back to their previous jobs and (2) spent their free time doing all the things they couldn’t do during lockdown. Basically, the reasons that drove people to start these businesses, once removed after COVID, were the reasons that caused them to stop. In most cases, there was a reversion (see COVID Accelerated Adoption) to how the world was.

Although I still think eventually anyone will be able to sell anything online, the momentum has slowed and it will take longer than I thought a year ago.

↑ The Financial System is Painfully Outdated

In the original post, I wrote this about our current financial systems.

"Too Slow – Financial institutions aren’t keeping up with how quickly society is changing. For example, it’s difficult to get a loan as a freelancer or a part-timer because your pay is so unpredictable and there are no pay stubs.

Not Customer Centric – See my experience above. It’s so difficult to start a financial institution: they can treat their customers terribly and we just have to take it.

‍Not for Everyone – The financial system is still relatively inaccessible to large portions of the population (unbanked, underbanked, etc.). We won’t have social-economic mobility by giving everyone access to the financial system."

Why I’m More Bullish Now: If there’s one thing I could magically speed up, it would be modernizing the financial system. The limiting factor isn’t technology. It’s regulations and, in some cases, a form of control governments are nervous or unwillingly to give up. If governments allowed for more competition (ie. easier to start competitors), I think the above problems would be solved in two years.

Yes, there would undoubtedly be cases of mismanagement, fraud, etc. but they are likely teething issues that can be mitigated through a more competition friendly regulatory framework. Let’s not force people to endure decades of an outdated system because we’re afraid of a bumpy few years.

Maybe counter-intuitively, I’m more bullish on this than I was a year ago in large part because of the volatility in larger markets for 2 reasons. First, people pay more attention to the financial system through periods of great volatility. Think about the laws that were changed and companies started because of how upset people were about the 2008 financial crisis. Second, the frothiness of Web3 has come down (again) which takes the focus away from speculation and puts it back on building. Web3 will be a major contributor to updating the financial system so this refocusing around building is important.

"There’s still so many industries not taking advantage of software. Think about shipping before Flexport, small stores in India before Khatabook, etc. Founders building software for industries no one is thinking is one of our favorite types of investments. The more ignored, less sexy, the better."

Why I’m Equally Bullish Now: This is part of a decades long trend that was probably already a decade old when Marc Andreessen said “software is eating the world” in 2011. Not much has changed in the year since I wrote this. I’m still bullish and expect to be bullish for a great deal longer.

Software will eat the world but it hasn’t happened yet and there’s still a huge opportunity for founders who can help make that happen.

↑ Celebrity Culture is Just Getting Started

"People are dismissive of celebrities and influencers as either a fad or the end of civilization. I believe it’s just getting started. Think about it, a celebrity became President of the United States of America and almost won again. Rihanna and Kendall Jenner both made more money starting a business to capitalise on their following than anything that made them famous. We see it in venture capital too. Investors are trying to become influencers (Garry Tan, Justin Kan, etc.) and celebrities are becoming investors (Kevin Durant, Jay-Z, etc.)."

What I’ve found especially interesting is Mr. Beast. He’s not a celebrity in the traditional sense (movies, music, etc.) but absolutely is in terms of following. He has 191M subscribers and 28B views across his different channels.

He famously made a video based on Squid Game (see here) that received the same number of views as the actual Netflix series (142M views) in 8 days. His video also cost 3.5x more per minute to make than the actual Squid Game ($3.5M for a 25 minute video vs $2.4M per 60 minutes).

The fact that a YouTuber is spending more on making content than Netflix is wild but the most interesting thing is how he’s been able to monetise his following. He’s currently raising $150M at a $1.5B valuation and reportedly makes $54M a year. Part of that comes from ads but he’s also recently opened a ghost kitchen burger company called Mr Beast Burger and a snacks business called Feastables.

Maybe this shouldn’t be that surprising. Standard startup advice is to focus on distribution more than the product (see this tweet). Celebrities on some level, and Mr. Beast as an extreme case, are just taking that to the logical extreme. Build a following first, create a product to monetise with later.

There are a few trends COVID has accelerated. What otherwise would have taken a decade, seems to be happening now.

Remote Work – If physical location no longer matters there’s all sorts of 2nd order effects. If a company can hire from anywhere, how do they find candidates from anywhere? How should interviews change? How do you do payroll across multiple countries? How do you onboard and build relationships with new employees you’ll never meet? What happens to all that office space? The list is endless.

Education – Before COVID, one of our companies offered online classes and received a handful of sign-ups. After COVID, they offered the same class and received 100+ sign ups in the first few weeks. People’s attitude towards online learning has changed. It’s underrated how important that is. If people can effectively learn online, that makes learning (both the cost and reach) more accessible to so many more people. Now we need to do our job and build tools, courses, etc. that make online learning effective. Hint: Zoom is not the answer.

‍Buying Online – Online retail penetration in Southeast Asia is roughly 5%. In China it’s 32% and in the US it’s 19.5%. There’s still a long way to go in Southeast Asia. Imagine when it’s 25% or 50%? What’s everything that needs to be built (logistics, payments, etc.) to get there? When it is ubiquitous, what kind of new stores will appear?

Why I'm More Bearish Now: As I touched on in the Allow Anyone to Sell Anything section, COVID doesn’t seem to be as big of an accelerant as many people (including myself) thought it would be. Not everything reverted but most did.

Remote work has persisted and feels like it’s here for the long run. There’s an outside chance companies will be able to force employees back into the office but if the best people don’t want to come into the office, they’ll quit and work for a company that is remote. Of the 3 things I mentioned, if I could magically make one of them stick, it's probably this one. Remote work gives people more options on how they want to live and more opportunities to people who don’t live in a major city.

Education is another space where doing it remotely made sense to me (more convenient for parents, cheaper, etc.). Similar to what I wrote earlier, the inertia of trying online education was high, but the assumption was it could become sticky once people got over it.. That doesn’t seem to be the case. The education startups that started during COVID now have to compete with the traditional solutions. There’s still a lot of opportunity but there’s more competition - so the bar for new solutions is higher.

I thought COVID would permanently accelerate online commerce (so did Shopify’s CEO) but it mostly reverted to the previous trend. We lost the step function increase. I figured there might be some pull back as people had more options for disposable income (travel, eating out, etc.) but expected some of the behavior during COVID to be the new normal. How many people (including my parents) ordered food delivery, grocery delivery, etc. for the first time? Surely, they would see how convenient it was even if they could eat in the restaurant. Turns out, not really. I underestimated how much people enjoy things like grocery shopping for reasons other than convenience. It’s fun to browse the aisles, look at the produce and/or just be out of the house, especially if you’re working from home.

We'd Love to Talk to You

If you're working on any of these (even for the ideas I feel more bearish now), we'd love to talk to you. I've said this before: investors are just people with opinions - and I could be proven wrong. Even if you aren't working on any of these ideas, you should still apply. It goes without saying that the best ideas are the ones we haven't thought of before. 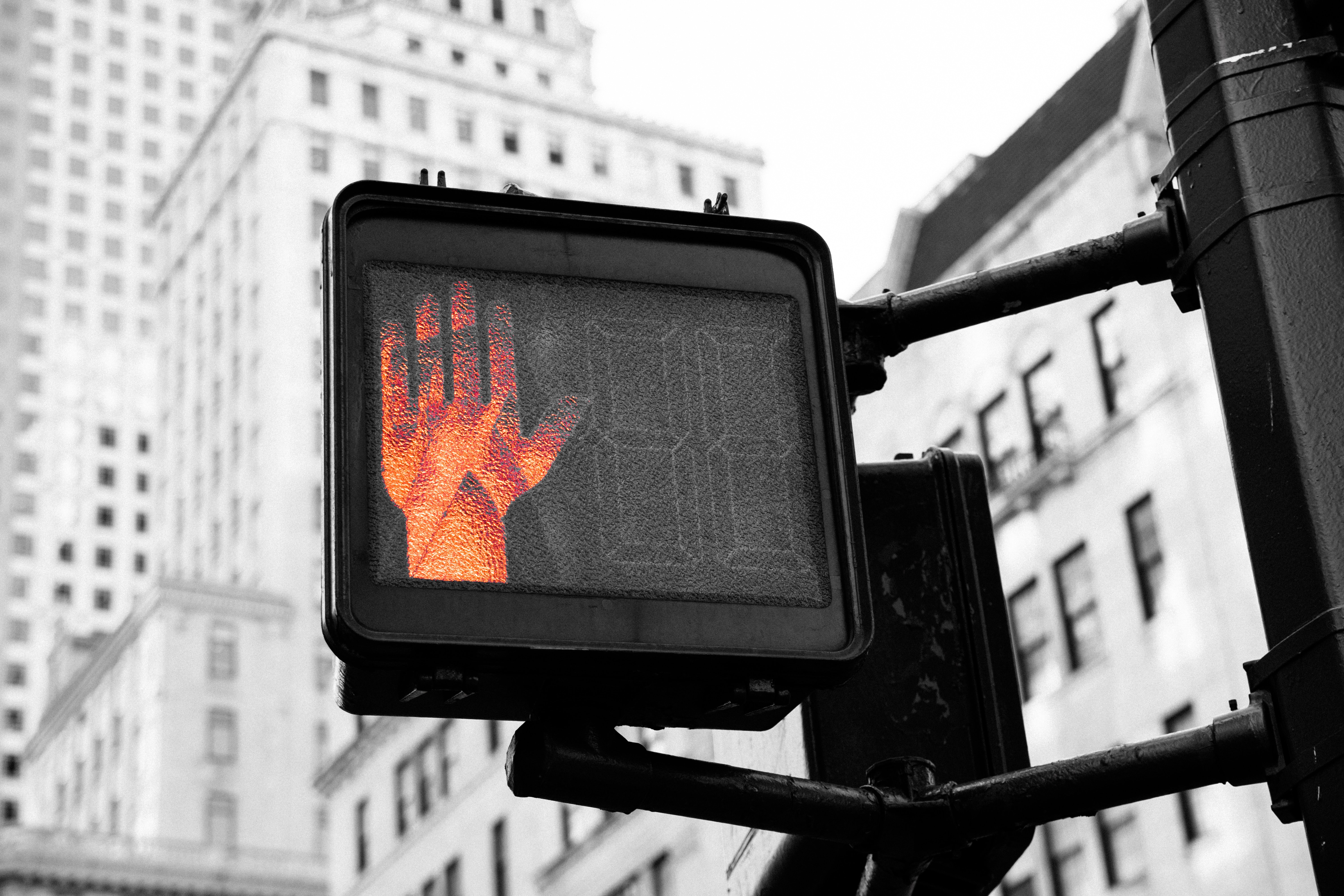 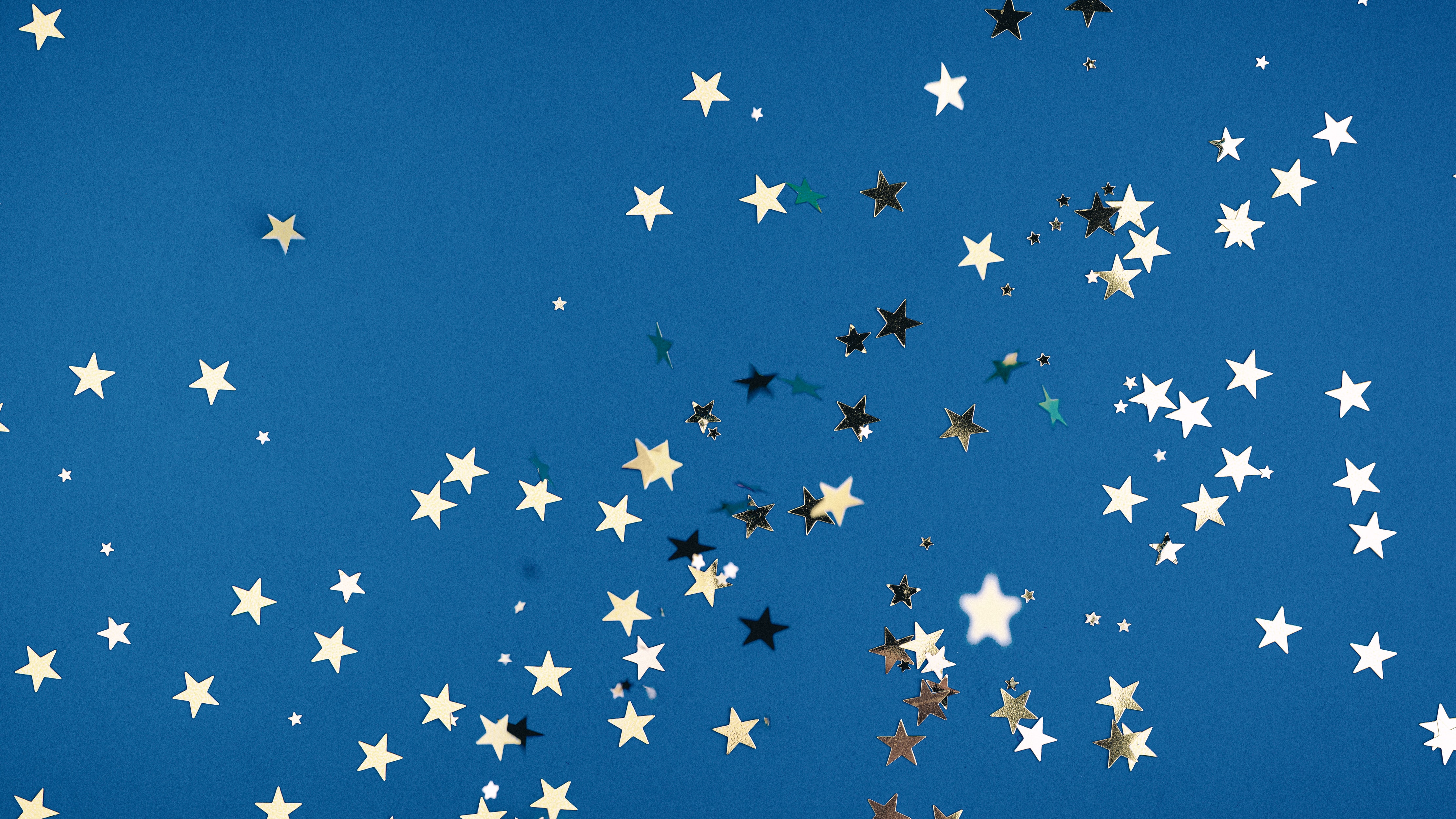 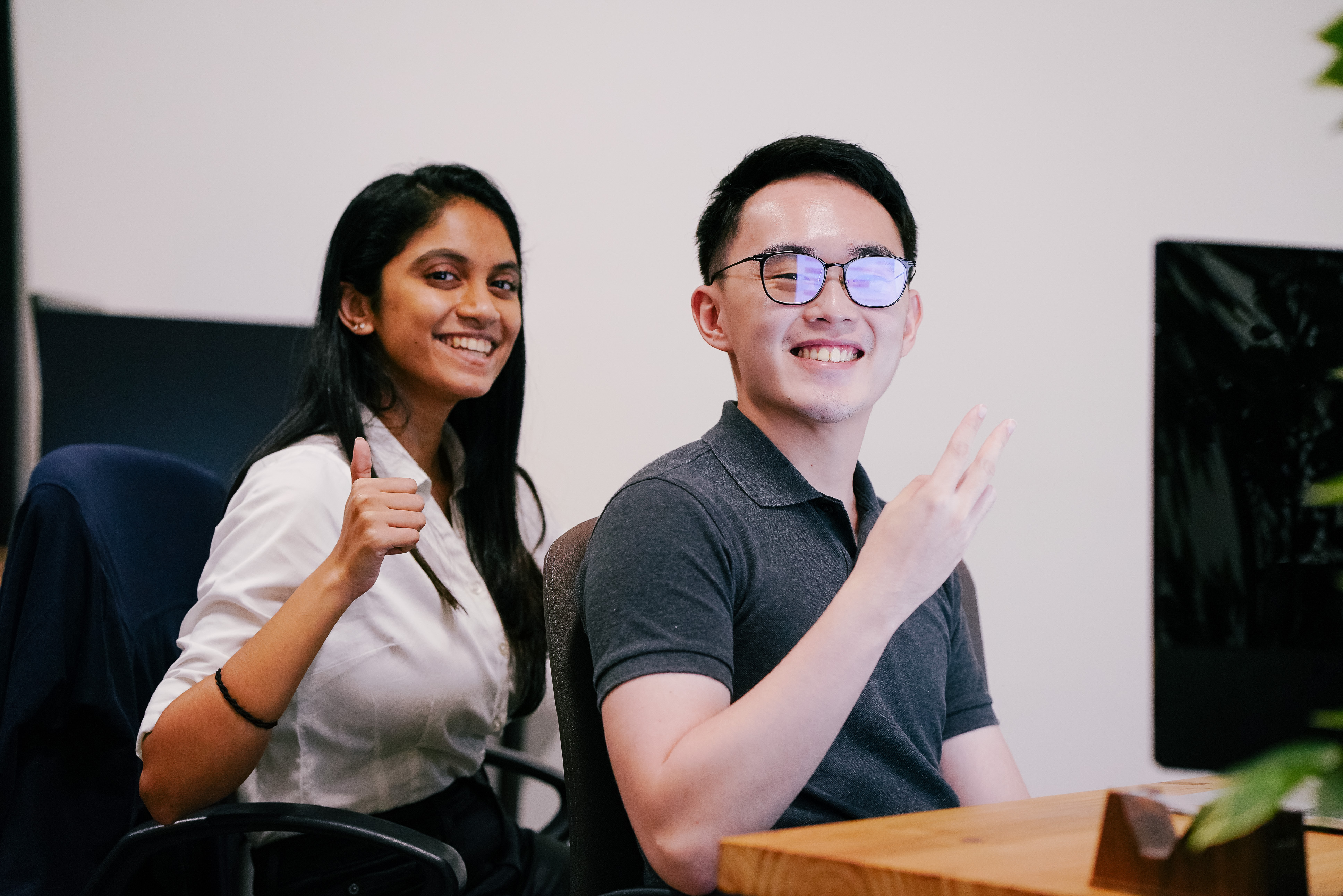